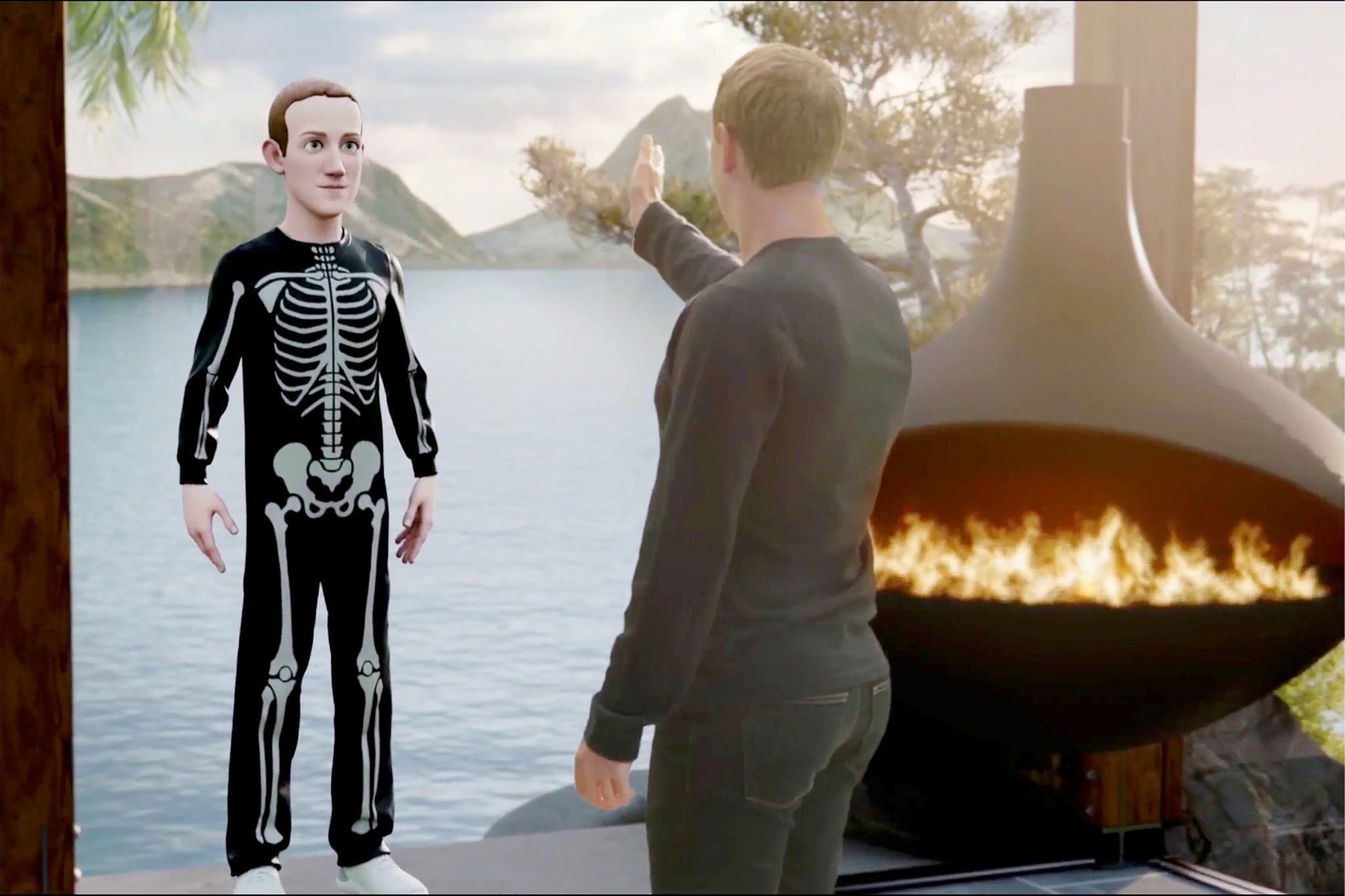 At the origin of the word metaverse, there is a dystopian novel published in 1992, Snow Crash, by American writer Neal Stephenson. In this science fiction book revered by generations of geeks, humans attempt to escape their dark existence by entering a virtual world using digital avatars.

Almost thirty years later, Stephenson’s metaverse resurfaced when Facebook announced on October 28 that he was changing his name to Meta, a strategic move underscoring his desire to make a name for himself. metaverse to its new priority.

A sort of digital backbone of the real world, the metaverse would allow physically distant Internet users to share moments of life using virtual reality or augmented reality technologies that provide “The feeling of being present” in the same room, explained Meta boss Mark Zuckerberg.

After creating a personalized avatar, the user would join a virtual space where he could move and interact in real time with other people using different tools: virtual reality headsets equipped with sensors and controllers – like the Oculus Quest marketed by Meta – capable of following and reproducing the user’s body movements on screen, or haptic combinations allowing physical contact to be felt.

Meta is also working on the creation of augmented reality glasses that could see the light of day no earlier than 2025: these glasses with transparent lenses would be able to display in front of the user’s eyes virtual elements (objects, holograms) with which he could interact.

For Meta, the application possibilities are endless: the metaverse could be used just as well for telecommuting as for playing sports with a trainer, organizing a birthday party with loved ones living on the other side of the planet or for doing their own. races.

To carry out its project, the digital giant plans to invest tens of billions of dollars a year and recruit 10,000 people in Europe within five years. This Herculean project, the announcement of which came in the midst of a scandal over the risks associated with the use of social networks, arouses skepticism among some observers who see it as a way for Meta to divert attention from its problems. But in Silicon Valley, Mark Zuckerberg’s real appetite for the metaverse is beyond doubt. Especially since it is far from being the only one interested in this niche.

“At the moment, some Gafam (Google, Apple, Facebook, Amazon and Microsoft, Editor’s note) to start-ups, to investors, everyone is interested in the metaverse because they see enormous opportunities in it ”, estimates Carlos Diaz, French entrepreneur installed for twelve years in the bay of San Francisco, who decodes on his site the digital news.

On November 2, Microsoft notably entered the race by announcing the launch of “Mesh”, a new feature of the Teams teamwork platform which should allow its users to appear at meetings in the form of of avatars. A few days later, it was the director’s turn Lord of the Rings Peter Jackson to announce the sale – for 1.4 billion euros – of his special effects studio Weta Digital to the Californian company Unity Software which also intends to embark on the adventure of the metaverse.

“This is not a new concept, however. The Second Life video game and social network (first metaverse in 3D, Editor’s note) emerged in the early 2000s, recalls Carlos Diaz. If Silicon Valley is ready to invest heavily in the metaverse now, it is because of the convergence of several factors: the improvement of the technologies necessary for its realization, the rise of the blockchain and the fact that, since the Covid and lockdowns, people are increasingly active online and consumers of virtual reality. “

“Facebook is in fact very lagging behind gaming platforms like those of Roblox or Epic Games, the publisher of Fortnite, which have been offering immersive universes for years, Carlos Diaz concludes. If Mark Zuckerberg has decided to invest so much money, it is to catch up. “

During the pandemic, gaming platforms continued to advance their pawns by launching into the organization of giant virtual concerts. On Fortnite and Roblox, tens of millions of people have been able to attend, by means of avatars, 3D performances of rapper Travis Scott or singer Zara Larsson. “What you see today is in many ways the first stage of the metaverse”, explains Manuel Bronstein, product manager at Roblox. But for this meta-universe to one day be able to replace the mobile Internet, many technical problems remain to be overcome.

In the long term, the question of the unification of the system will also arise. “People will want to switch from one platform to another without having to change their avatar each time”, notes Carla Gannis, professor at New York University’s Tandon School of Engineering. Assuming that the metaverse is not dominated by a single platform.

For Cathy Hackl, consultant specialist in metaverse, this hypothesis is unlikely. “No company today is able to build the metaverse on its own because it depends on too many technologies, she believes. I wouldn’t be surprised to see companies launching into the acquisition of online gaming platforms. Today, it is they who technologically dominate the metaverse. “