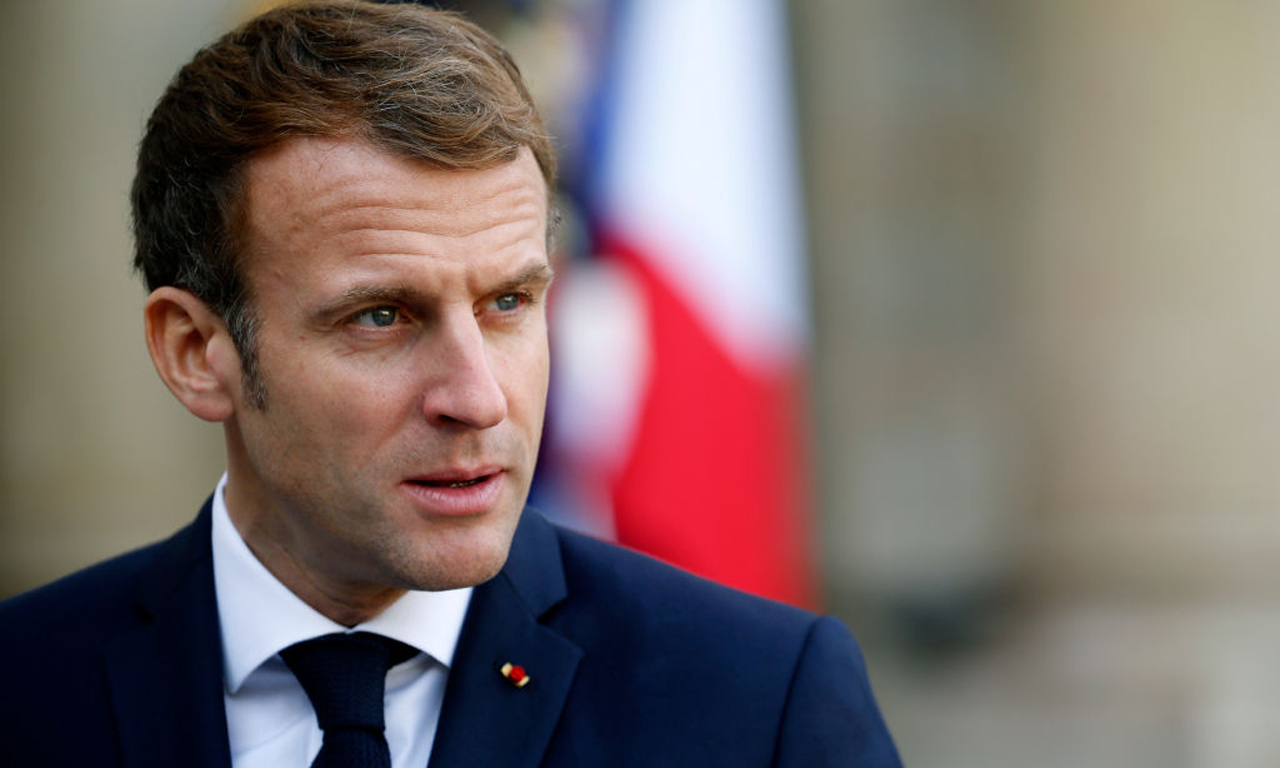 We must “not give in to lies and manipulation by some”. This is Emmanuel Macron’s message to Guadeloupe, while the territory is in the grip of a “very explosive crisis”. Blockages, urban violence, looting … the situation degenerated on the spot, while a general strike has been in place for more than a week against the backdrop of opposition to the health pass and the compulsory vaccination of caregivers. On Monday November 22, the President of the Republic therefore appealed for calm in the face of the situation. And this, while Jean Castex, receives during the day the elected officials of the island, to which police reinforcements have been sent.

On the sidelines of a trip to Amiens, the Head of State assured Guadeloupe of the nation’s “solidarity” and asked “not to give in to lies and manipulation by some of this situation”. “We cannot use the health of French women and men to wage political battles” and “it is necessary that” public order is maintained “, he underlined in a soothing tone, insisting on” a growing membership vaccination “on the island, despite the opposition of a” very small minority “.

>> To read also – Guadeloupe: a caregiver from the CHU targeted with a shotgun

Guadeloupe, hit hard by the Covid-19 epidemic this summer, has been shaken for a week by a movement originating from the challenge of the vaccination obligation of caregivers, which degenerated into a social crisis punctuated by numerous violence. The launch of an indefinite general strike by the unions first resulted in road blockages and a picket line at the CHU de Guadeloupe, preventing the hospital from functioning properly. But during the night of Thursday to Friday violence and looting began.

A curfew in place until November 23

Faced with a rapidly deteriorating situation, the government sent reinforcements of police and gendarmes, including 50 members of the GIGN and Raid units, while the prefect instituted a curfew between 6 p.m. and 5 a.m., until 23 November. The unrest continued over the weekend, however. During the night from Saturday to Sunday, roadblocks, fires and looting led to 38 arrests and injured two of the security forces.

>> Read also – Health pass: who must have recalled before December 15?

Thirty people suspected of having participated in urban violence will be tried on Monday in immediate appearance in Pointe-à-Pitre, according to the public prosecutor, Patrick Desjardins. In addition, the continuation of “urban violence, abuses and other obstacles to movement”, led the rectorate to suspend Monday the reception of students “in schools, colleges and high schools”. Classes have not yet taken place on Friday. In several municipalities, food stores were looted, but also pharmacies.

A “real guerrilla war” for some

“Each time, a barricade placed upstream prevented us from moving forward”, according to the gendarmes who also testify to suspicions of “false calls to attract us elsewhere, just like the firefighters”. In the town of Morne-à-l’Eau, a police station was set on fire. “More than 80 businesses were looted” in Guadeloupe, said the president of the Chamber of Commerce and Industry (CCI) of the islands of Guadeloupe, Patrick Vial-Collet, Monday on France Inter, describing a “rather insurrectionary situation” .

“It is not a social and strike movement, there are hardly any strikers,” he said. But “young thugs, a real guerrilla, who loot businesses, and who take advantage of the night to attack material goods”, he assures us. The General Union of Workers of Guadeloupe (UGTG), at the forefront of the protest, called on Saturday “to continue the mobilization and strengthen the pickets of popular demands”.

A meeting between the Prime Minister and elected Guadeloupe officials

Faced with this escalation, Jean Castex, surrounded by the Minister of Foreign Affairs Sébastien Lecornu, the Minister of the Interior Gérald Darmanin and the Minister of Health Olivier Véran, must receive on Monday at 18:00 the elected officials of the island in order to allow them “to present their analysis of the situation on the ground.” The meeting should also allow for “a dialogue on the implications of the immunization requirement for caregivers and firefighters,” Matignon said Sunday.

“Nothing can be resolved in violence. The parliamentarians of Guadeloupe ask the government to explore all the resources of the Republic for a way out of the crisis from the top,” the parliamentarians said on Saturday in a joint statement, asking ” urgently meet the Prime Minister to seek together the ways of appeasement “. Since the summer, the vaccination rate has increased in Guadeloupe, with a rate of nearly 90% of caregivers vaccinated, and approaching 50% in the general population. In addition, a call for a general strike was launched in Martinique, from Monday.

Presidential 2022: the Communist candidate wants the “tripling of the ISF” and the creation of a Covid tax for companies

Presidential 2022: the Communist candidate wants the "tripling of the ISF" and the creation of a Covid tax for companies