A protracted conflict in the east of the country 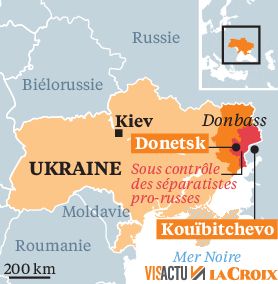 18 mars 2014. Vladimir Poutine signs the decree confirming the annexation of the Ukrainian Crimean peninsula to Russia.

February 11, 2015. After ten months of conflict between Ukraine and separatist groups backed by Moscow, an agreement signed by Ukraine, Russia, France and Germany freezes the front line in eastern Ukraine.

July 27, 2020. Signature of a new ceasefire that will last several months, despite regular clashes.

1is avril 2021. Ukrainian President Volodymyr Zelensky accuses Russia of “Show the muscles” with military maneuvers at the border.

Algeria: a gas discovery revives the hopes of Europe – Yanoom