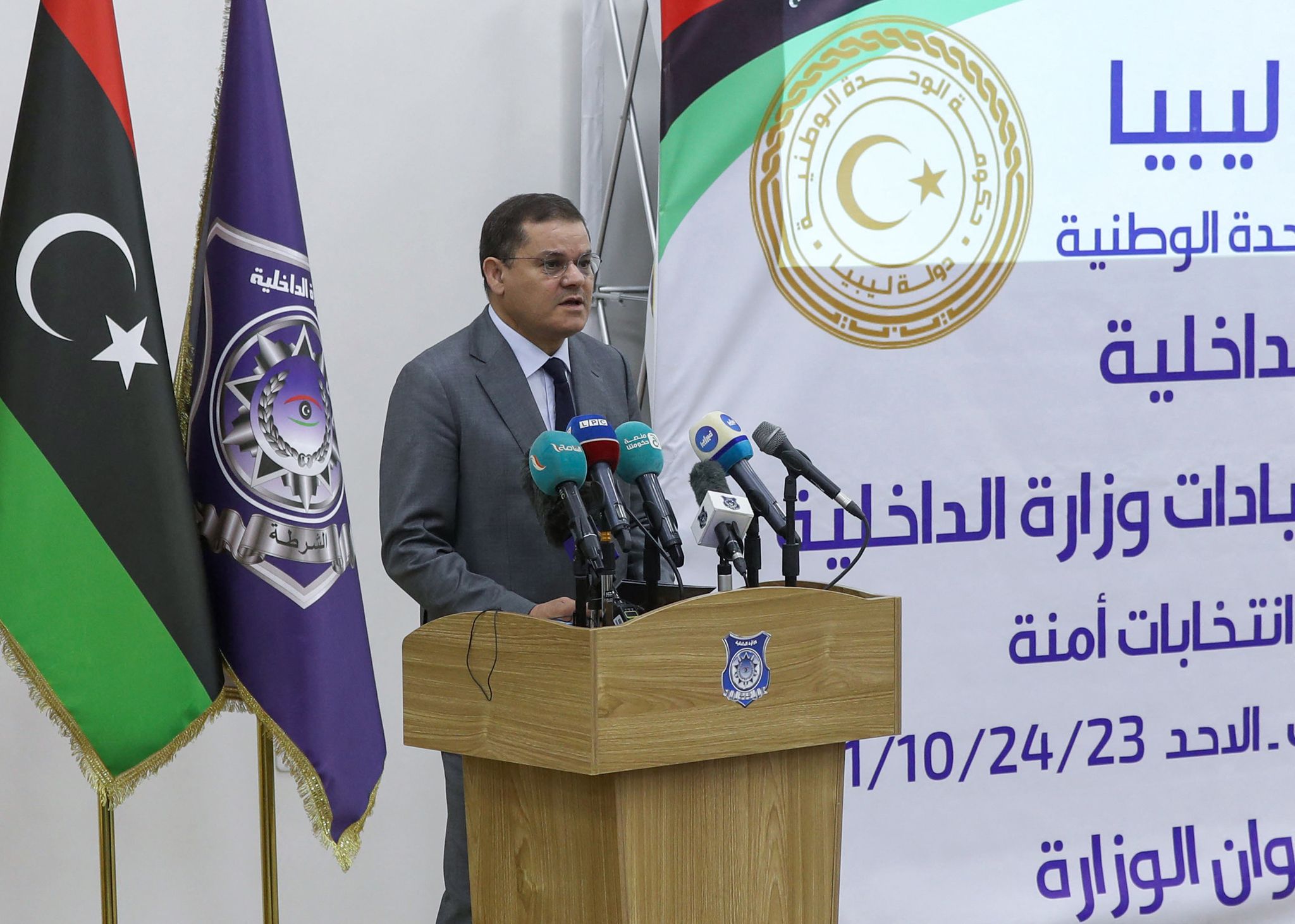 It’s a real parade. As the closing of the submission of candidatures approaches, this Monday, November 22, for the presidential election in Libya, more than thirty candidates have declared themselves. Among them are more or less divisive personalities from the east and west of the country.

In the East, Marshal Khalifa Haftar, who until recently led the self-proclaimed “Libyan National Army” and led the war against Tripoli (from April 2019 to June 2020), applied for the candidacy. This is also the case with Aguila Saleh Issa, a historical supporter of the Marshal who also presided, until recently, over the destinies of the Parliament based in Tobruk.

In the West, Abdel Hamid Dbeibah, head of government since March 2021, has gradually imposed himself on the political scene, to the point of officially competing for the presidential election this Sunday, November 21. The proximity of this powerful businessman from Misrata to the president of the Central Bank has conveniently enabled him to grant financial largesse to the population – development plans, increased salaries of civil servants and pensions for retirees, financial support for newlyweds – who are no strangers to the popular support he has. By taking the reins of government, he nevertheless pledged to the UN not to run for the presidential post.

The powerful former interior minister Fathi Ali Bashagha (from 2018 to early 2021) in the government of national unity also claims to be a unifying man. This is far from the case of another great figure, Seif Al Islam, the son of Colonel Gaddafi who ruled Libya for 42 years before being overthrown and killed in 2011.

Long held by a Zintan militia, Seif Al Islam had disappeared from the public eye for years. He is being sued by the International Criminal Court for his role in suppressing the 2011 uprising. He was also sentenced to death in absentia in Libya in 2015, then amnestied the following year by the Parliament of Tobruk. But this amnesty was contested by the authorities in Tripoli.

Will these candidatures be validated by the High National Electoral Commission (HNEC), in particular with regard to convictions or possible legal proceedings on Libyan soil?

The population is calling for elections and a return to normalcy in Libya after ten years of heckling. The HNEC communicated the figure of 2.83 million registered voters, representing almost the entire electorate in this country of about 6.5 million inhabitants.

The international conference in Paris for Libya on November 12 concluded “The commitment to the success of the Libyan political process, to the full and complete implementation of the ceasefire agreement of 23 October 2020 and to the holding of presidential and legislative elections on 24 December 2021”. Like a chimera.

Because, for the moment, the conditions for free and credible elections are not met. Misrata, Zaouia and several other cities, through their council of notables, have already launched calls for a boycott. And voting centers were closed, notably in Zaouïa, Gharian, Khoms and Zintan, in opposition to some of the declared candidatures but also to protest against the electoral laws passed in force in the Parliament of Tobruk and tailor-made for the contenders of the ‘East.

The inhabitants of Cyrenaica have been muzzled for years, the region being under the rule of Marshal Haftar. The media Libya Observer reported this Sunday, November 21, information revealed by the newspaper Al-Quds Al-Arabi, based in London, according to which Khaled Haftar, one of the sons of Marshal Haftar, at the head of one of the militias, forced the fighters to hand over their voter cards in exchange for their salaries.

However, it is still not certain that the election on December 24 will take place. And it is already excluded that the legislative elections are held concomitantly, despite the commitment made by the Libyan political dialogue forum in this direction to avoid any stranglehold of a strong man on power.

The conflict over electoral laws is far from over. The High Council of State, an upper chamber based in Tripoli, continues to denounce “The continued attempts to organize elections on unfounded and non-consensual grounds”, has recalled Libya Observer November 18.

Aguila Saleh said on November 20 that it was too late to consider amending these conflicting laws. As they are written, they exclude the candidacy of the head of government who should have resigned from his post in order to be able to apply. “But it is not excluded that the Constitutional Court, long dormant, invalidates these laws which have not been ratified by the High Council of State”, considers Jalel Harchaoui, researcher at the Global Initiative against Transnational Organized Crime. Aguila Saleh

“There is cause for concern about the two scenarios that threaten to emerge, he adds. Either the maintenance at all costs of the first round of the presidential election on December 24, with the risk that there is no second round, no date being planned, no legislative, no legislative framework imposing it. Or the postponement of the elections to develop new rules, which will also trigger black anger. “

Rugby: the XV of France at the rendezvous of its history

Rugby: the XV of France at the rendezvous of its history